While doing volunteer work, he slept either in his car or outside

He also did (money) donation

J says Kakigoya is not the name of a restaurant, but a type of restaurant.
I don’t believe this is true, but he does🦪

As we spoke last week, Cod comes from Russia, and made in a factory in Ibaraki 😂
Not 100% made in Fukuoka!

M-san went to Lake Uyuni of Bolivia.
He has visited nearly 31 countries.

He has dealt with more than 200 airplanes in his career.

The 3 Japanese private jets he has been involved are owned by Horie-mon, Akio Toyota, and the 3rd one is a secret

M-san has searched that ion engines are dangerous in car crashes, since it may result in explosions

J will STILL choose an electric car over gasoline cars.

R is still working at her first job (out of university) making application for kids (ENGLISH!)

She sometimes thinks of going back to teaching, but she is indirectly involved with education, (ENGLISH)so she may not switch jobs soon

In her education/teacher training in University, she met a teacher who switched her job from a Flight Attendent (Cabin attendent is a word only used by JAL) and decided to take her current job

The teacher she met in her training had visited many world heritage sites (around the world) and showed her a lot of pictures.

The teacher said “ That is another option (for your life) , not to become a teacher but work in another field"

She plays basketball, but we don’t know her position she guards 🏀

J wants to contribute to society, since he did not do ANY volunteer work in his university days.
(I wonder what he will do…..)

He majored in mathematics in high school, but decided to switch to “academics “(or liberal arts “ since he did not see any future in science and mathematics😖

→M-san works in the field of science and mathematics 😂

K started his job in Route-in hotel where he met his future wife, and now has a son

He has also worked in Route-in Sakata, which is in Yamagata

He currently works in selling life insurance which is quite a tough job since he has to wake up at 5:30 and go to bed at 1.

In Japanese, this is called a Black company
(Which would sound very strange if you tell that to a foreign person)

He has no time for his son, so he will switch his job to becoming a social studies teacher in junior high.

His parents are both teachers, and he comes from a teacher’s family

He will be leaving Tokyo in 2 months😢 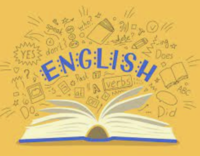